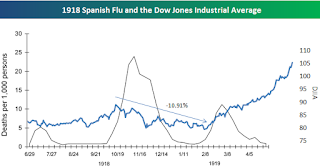 Kurt Andersen’s new best seller, Evil Geniuses, The Unmaking of America (2020, Random House), gives a terrific history of the current Gilded Age we are suffering through that has largely benefited Big Business and its enablers.

Just since 1980, Big Business has occasioned the transfer of some $1 trillion per year in income and wealth from salaried workers that comprise 80 percent of our workforce to corporate shareholders and business owners.

“Until 1980, America’s national split of “gross domestic income was around 60-40 in favor of workers, but then it began dropping and is now approaching 50-50. That change amounts to almost $1 trillion a year, an annual average of around $5,000 that each person with a job isn’t being paid,” said Andersen.

We know this wealth transfer to be true from other sources including that of economist Thomas Piketty, sure to be a future Nobel prize-winner in his best-seller, Capital in the Twenty-First Century that documents the history of income inequality from the last Gilded Age in the early 1900s.

Our last period of greatest inequality was at the turn of the 20th century before income taxes were instituted and President Teddy Roosevelt’s trust-busters broke up the likes of Standard Oil.

Piketty showed the growth rate of capital—i.e., by the owners of businesses and financial assets—has historically been more than double that from wages and salaries of employees since the Industrial Revolution; except for a short period between 1914-1945, when major upheavals and “the consequent advent of new regulations and tax policies along with controls on capital reduced capital’s share of income to historically low levels in the 1950s.”

Andersen echoes Professor Piketty’s history, showing the slow rollback of New Deal policies with the election of Margaret Thatcher in 1979 and Ronald Reagan in 1980 that marked the beginning of the conservative counterrevolution.

Andersen wants to answer the question; How can we remake America after the COVID-19 induced recession? Looking at the history of the last great pandemic, the Spanish flu of 1918-19 that killed some 600,000 Americans, will help us to understand what we should do since we know what happened next—a recession that lasted approximately two years, then the ‘roaring twenties’.

The roaring 1920s was a euphoric surge in optimism from the devastation of World War I and that pandemic for Americans. Credit was expanded exponentially and American went on a spending spree, resulting in massive bubbles in household debt and stocks that resulted in the Great Depression.

Inequality was as great then as it is today. It unfortunately took the Great Depression and another World War to level the playing field in the 1950s to 1970s, until the Thatcher and Reagan-induced counterrevolutions.

Who should own what share of the national wealth has been at the center of all revolutions. It has to do with the “respective shares of global income going to labor and capital and on how those shares have changed since the eighteenth century,” in Piketty’s words.

Posted by Popular Economics Weekly at 9:58 AM