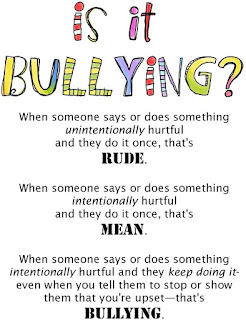 This is how one of our political parties celebrates the Christmas spirit. Restrict as much aid to the poor and weak as possible—i.e., cut up to $1.5 billion in Medicaid and Medicare spending to ‘pay’ for their 2017 tax cuts, and build a wall while cutting back immigration quotas (even of family members) to keep out as many non-white peoples as possible.

Wait a minute, doesn’t President Trump need them to maintain his properties? Then create enough H2-B exemptions for low-skilled workers to benefit him personally, including 70 granted last year just for Mar-a-Lago, his Florida White House.

What was once the Republican Party is now the Trump Party, cleansed of all Christmas spirit. There’s not even a whiff of Christmas or Christian charity left—instead the Trump Party is tearing babies away from immigrant mothers seeking safe haven, and cutting some $1.4 billion from the food stamp programs that aid the poorest among US.

Why the malevolence towards the weakest who are least able to protect themselves? I have called it the Bully Mentality that tends to prevail during chaotic times a time of pervasive fear and paranoia. It is the prevailing psychosis of the American far right movement.

Bullying behavior manifests itself in many ways, but bullies come into the open when there are no leaders that will stand up to them to condemn the hate and cruelty bullies always manifest against those weaker than them. And today we have a leadership vacuum. There is no spiritual leader such as Martin Luther King, Jr., and no political leader since former President Obama has disappeared from the public sphere.

Such malevolence towards others shows in many ways and fits the definition of bully behavior. Psychology Today has posted a list of bullying behavior, a list that fits the Trump Party to a tea:
Americans love to celebrate the Christmas spirit. It is the time to give aid and comfort to those less fortunate, to treat all with empathy and love, rather than hateful cruelty. Celebrating brotherhood is also one of the best ways to stand up to bullies. Remember, bullies are really cowards who only dare to prey on the weakest.

So Merry Christmas and Happy New Year to everyone in the spirit of love that is the best weapon against hate!