Government Was Never the Problem 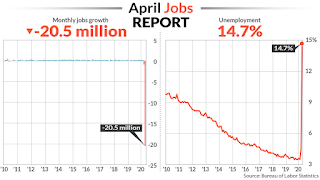 Herbert Hoover was an incompetent leader who was very image conscious (as is our current President). He helped to precipitate the Great Depression by ignoring the changing times—and a stock market crash due to record income inequality of that time. The “roaring twenties” unleashed so much irrational exuberance that the public came to believe anyone could become a Great Gatsby that lived beyond their means if they played the financial markets right.

It took one of our greatest presidents to look behind the mirrors to lift our spirits and win World War II. But then President Roosevelt had already a lifetime of experience running government as an Assistant Navy Secretary in the 1920s, then as the Governor of New York.

Hoover was a mining engineer before entering politics. President Reagan, the ‘Great Communicator’, was also image conscious as a former actor. His rise to power came from being the great communicator for Big Business that wanted to gain more power and globalize its work force; therefore Reagan reduced the power of labor unions to bargain for their rights and instituted trickle-down economics.

We know how that ended. Whole industries were deregulated in the name of free enterprise and allowed to form monopolies. Very little of our national wealth has consequently trickled down to the rest of us; except maybe for the top 10 percent income earners since the end of the Great Recession.

Corporate CEOs now earn more than 300 times the average salary of their employees. AT&T’s CEO is apparently scheduled to retire with a lifetime $274,000 per month pension.

President Reagan became a great leader for the wealth-holders in extracting more wealth for themselves, in other words, but not for those workers that actually produced it. And now we need competent governance more than ever to extract us from this oncoming Great Recession, or Depression, depending on how quickly Americans can return safely to work from the damage done by COVID-19.

Even Treasury Secretary Mnuchin predicts we could reach a Great Depression level unemployment of 25 percent, if we don’t return to work sooner. But studies show that the recession will be prolonged if we return to normal before implementing all the CDC-administrations guidelines of social isolation, testing, and contact tracing until an effective vaccine is created.


“We need to find ways of getting the people who are healthy, who are at lower risk, back to work and then providing the assistance to those who are most at risk, who are going to need to be quarantined or isolated for the foreseeable future,” Minnesota Federal Reserve Governor Kashkari said in a recent CBS Sunday interview.

But such a plan depends on leaders that can lead all Americans, the poor as well as wealthy. Whereas, Jennifer Senior New York Times Op-ed contributor has perhaps described the current administration best: “Vice President Pence may talk about a “whole-of-government approach” to the pandemic, but what we really have is a government of holes,” she said recently.

We will have to slog a long, hard road until we get to either an effective therapy or a vaccine, even with good leadership. It’s hard for me to see a quick, V-shaped recovery because of what we are facing, and now we have so much mixed-messaging coming from Washington that creates even greater uncertainty.

The only competent leadership is in states like New York, California, and Michigan—mostly blue states with Democratic governors. So I ask, why must the response to a pandemic that doesn’t recognize borders be so partisan?