Too Many Jobs to Fill? 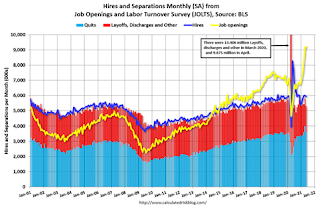 There are too many job vacancies at the moment, per the Labor Department’s JOLTS report; though it actually signals that  businesses seem to want workers back for the same old jobs, but there’s now a mismatch.

Many workers no longer want the ‘same old’ jobs, and are using the pandemic break to find work more to their liking.

Although the U.S. created 850,000 new jobs in June, it would take more than a year at that rate to restore employment to pre-pandemic trends, says MarketWatch’s Jeffry Bartash.

“The competition for workers has given jobseekers the upper hand. A record 4 million people quit two months ago — most to take a better or better-paying job. That’s nearly double the number of people quitting a year earlier.”

White House chair of economic advisors Cecilia Rouse summarized the jobs picture. Employment remains 6.8 million jobs below our pre-pandemic level, she says. Looking at the three-month average, most of the jobs are going to leisure and hospitality, adding 326,000 jobs on average over the last three months. Government has added about 100,000 jobs on average. 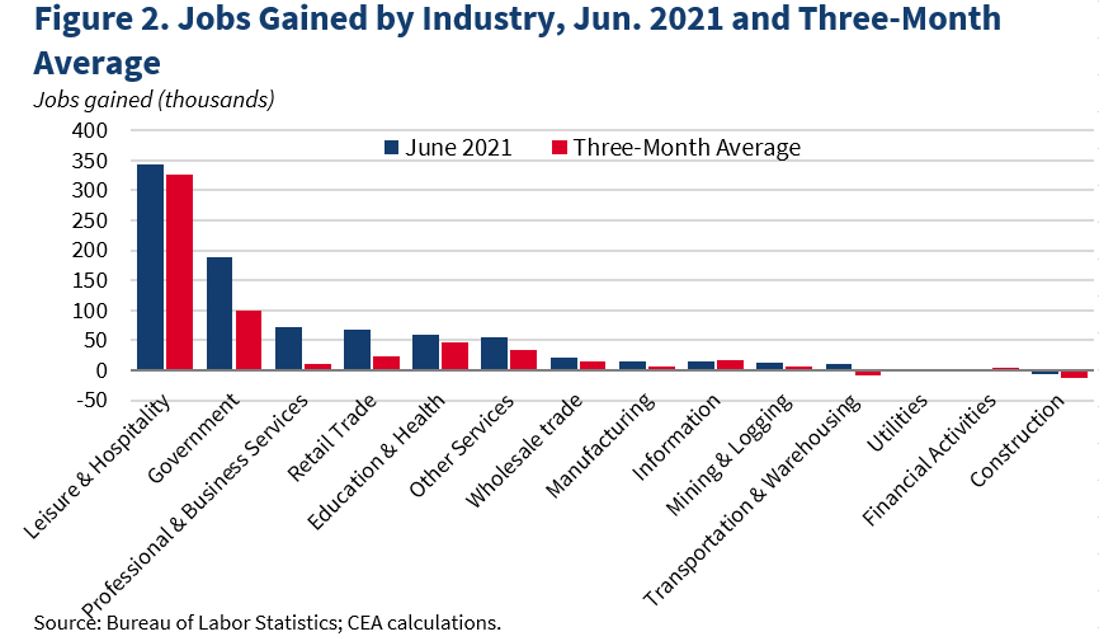 And the job-listing site Indeed did a 5,000 person survey that gave an additional reason why workers are reluctant to return to work.

“Among the unemployed, concern about COVID-19 is the most commonly cited reason for a lack of urgency in looking for work,” wrote Nick Bunker, the economic research director for North America at the Indeed Hiring Lab, in a blog post on the survey results. Some 23% of unemployed people said fear of the virus was keeping their job search “non-urgent.”

The unemployed workers said they will be more interested in getting back to work after they see certain milestones happen, such as more job opportunities, more vaccinations, and school starting up in the fall, the Indeed survey found.

This will mean a huge shift in the job market: More jobs in the service sector (see White House graph)—in government, professionals services and in leisure and hospitality—and fewer new job in the remaining higher-paying manufacturing and even white collar administrative jobs when AI and 5G networks really kick in.

Posted by Popular Economics Weekly at 7:03 AM